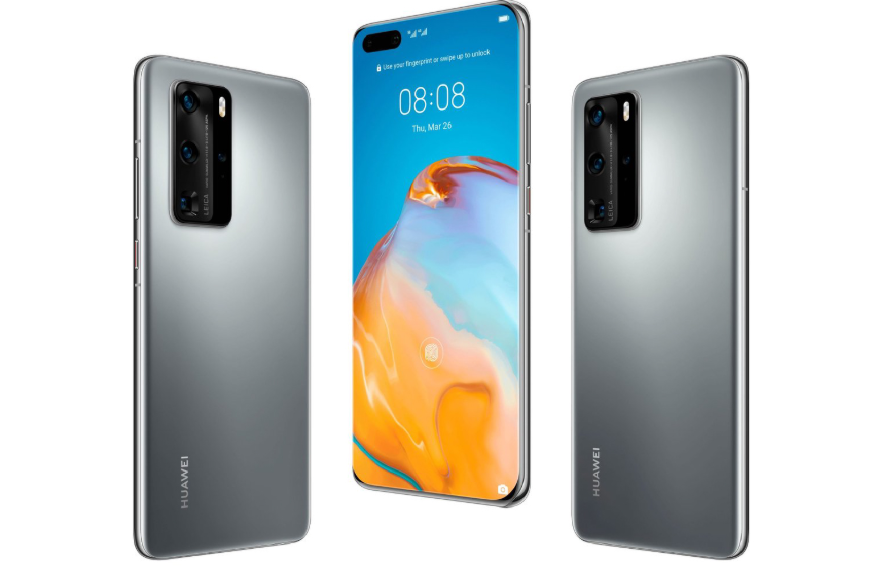 The Huawei’s P40 Pro Plus is the Pro model dialed up to 11. There are the biggest improvement is to the zoom cameras of the series models, but Huawei also hit a new featured in fast wireless charging.

Huawei unveiled the flagship phones, the P40 Pro Plus, P40, P40 Pro, and today in a live streamed launch on YouTube and their official site. The new phones follow in the Huawei P30’s footsteps by pulling out all the stops in their camera specs. But they didn’t support the Google play services, so they won’t have access to the Google Play store and the any kind of google apps. The launch event was due to take place in the Paris, but due to the restrictions imposed by a covid-19 pandemic, it was the pared back to an online-event only.

Those camera improvements along with the 5G, the new matte Nano-Tech ceramic finish panels and the IP68 ratings are the most impressive and new features of the Chinese company’s competitors to the models such as a Samsung’s new Galaxy S20 Ultra and the iPhone 11 Pro.

Huawei was upgraded the phone’s exterior, which has made out of the durable ceramic – it’s as tough as the sapphire says the company. It needs of 5 full days in the kiln to form the properly and is machined with a special cutting head to achieve the some of the tighter curves of the its unique design. It’s available in Black and White colours and is still has IP68 water and dust resistant.

The main plus model uses a periscope lens with a focal length of 240mm, almost twice as long as the one on the P40 Pro (125mm). It’s backed by an 8MP image sensor and it feature OIS. That’s the longest lens on mobile yet, but the Huawei had to craft a unique design to achieve it.

The Pro+ has an additional telephoto camera -focus at  80mm lens – to bridge of the gap between the extreme telephoto and the regular camera. This gives you more flexibility and allows you to capture high-quality photos at various distances from the smartphone.

For the video specs, it uses pixel binning technology of 16 pixels for improved the low-light sensitivity. It also lets you take the 4K time lapses at telephoto and allows the dual video capture (wide-angle and telephoto simultaneously) and directional audio computed from three-directional mics.

The rest is unchanged from the old ones, including perks like the largest image sensor in modern smartphones – the 1/1.28″ 50MP sensor with the RYYB filter and it 100% phase detection coverage. There’s also the 40MP ultra wide-angle camera, the color temperature sensor and the 3D ToF sensor on the back.

The 32MP selfie cam (4К/60fps video) is joined by a secure IR face scanner, which can be used as an alternative.