Home ANDROID One Plus 6 First Impressions
Facebook
Twitter
Pinterest
WhatsApp
The One plus 6 is fairly a new company in the smartphone industry but it seems like an old player given its growing popularity in the market. Just few hours ago, OnePlus raised the curtains over its new Flagship mobile of OnePlus 6. The all-nee One plus 6 is technically the company’s eighth smartphone and aims to challenge some of the big names in the premium smartphone segment. 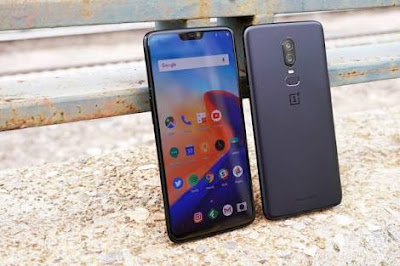 With all the hype OnePlus has generated over the past few weeks, it surely seems a lot of burden on OnePlus 6’s shoulders. You will have to wait for our review to find out if the smartphone offers a worthy package or not, till then here are our first impressions of the OnePlus 6 smartphone.

To get the basics first, OnePlus 6 got launched globally at an event in London on May 16 and will be launched in the Indian market at an event in Mumbai scheduled for 3 pm today. The smartphone comes in three colour options — Mirror Black, Midnight and Slick white Alongside with these, there’s also a special Marvel Avengers Limited Edition. We have been using the mirror black variant of the device. 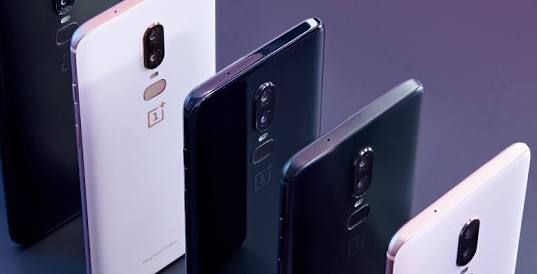 At first glance, OnePlus 6 appears just like its predecessor One plus 5 However, on a closer look one can notice several changes. The overall essence is that of a typical OnePlus handset. Other than that you have an elliptical-shaped fingerprint sensor at the back, new position for the dual rear cameras, change in position of the alert slider to the right (finally!) and of course, the notch on the display (slight cutout on the display). It is yet to be seen how many apps support this notch but at least during the in brief time we had with the device, we did see OnePlus’ own apps not shying away from covering the notch most of the times.

What’s also interesting is the arrival of the glass back panel, something OnePlus is doing for the first time and seems to have done it in a right way. The Mirror Black variant we are using, is the most glossy variant you can get. Although Midnight Black and Silk White versions also have glass back panels, they are designed in a way that they hide the smudges and fingerprints, something users may like.

What they won’t like is that despite having a glass back, which improves signal reception, the smartphone lacks wireless charging tech. The OnePlus 6 sticks with its Dash Charging technology.
As expected, the smartphone runs Android 8.1 Oreo-based OxygenOS 5.1.2 out of the box and supports Android P beta as well. So you can use all the Oreo goodies in this device along with some new features OxygenOS brings onboard. There’s no major overhaul on the UI front except for some subtle changes. These are visible when you move the alert slider or when you use screen gestures.

There are some new gestures that aim to make it easier for you to access the Home Screen faster using screen swipes. You can turn it on from the Settings app and get rid of the on-screen navigation buttons. The gaming mode has also been improved and so has the connectivity speed support. You will also find a new way to search for apps in the app drawer.

But then everything depends on how familiar they become and how fast. Talking about ‘fast’, OnePlus claims it has worked on its UI to make app opening animations and other such changes snappier than before. For end users this won’t matter as it’s just a matter of microseconds. But nonetheless, it makesOnePlus 6 sound good. We are still in the process of testing the UI and the processing speed of the device so we won’t jump to conclusion yet. 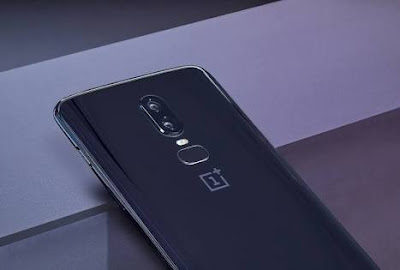 The front-facing camera stays the same at 16MP and the sensor too is shared from the OnePlus 5T but the smartphone some software tricks up its sleeve with the new features in the portrait mode. We are yet to test the cameras in different conditions so stay tuned for our review for this.
At 16MP and 20MP, OnePlus 6 keeps the rear camera count same as in OnePlus 5T but the Sony IMX sensors it uses have been upgraded to Sony IMX519 and Sony IM376K. The aperture also stays the same at f/1.7 for the primary camera. As mentioned by the company co-founder Carl Pei at the time of the launch, the ‘flagship killer’ has slow-motion video recording but at 480fps tops instead of 960fps which is seen in other flagships these days. But it has also got the ability to shoot 4K videos at 60fps, while others stay at 30fps.

As for the battery, this also remains the same at 3300mAh. For now, our OnePlus 6 unit lasted for nearly 12 hours before it died completely. We expect it to perform better with time. More details on it later. It is worth noting that although the 3300mAh battery stays the same, it may perform better given the efficient Qualcomm Snapdragon 845 processor.

With the limited time we’ve spent with the device, it doesn’t seem like a major upgrade but still offers something new. Whether the OnePlus 6 has got what it takes or not will be clearer in our full review, which will be out soon.