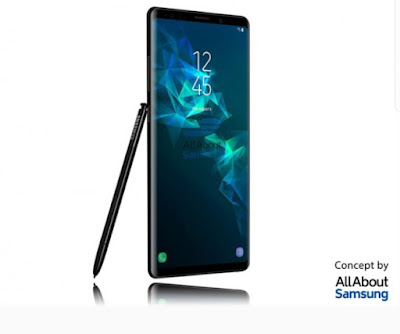 Samsung Galaxy Note 9 based on Exynos 9810 system-on-chip (SoC) has now been spotted on Geekbench. The fresh development emerges weeks after the US variant of the upcoming Galaxy Note model surfaced on the benchmarking site showing off its performance with a Qualcomm Snapdragon 845 SoC. The Galaxy Note 9 handset is expected to debut at IFA 2018 in late August. Similar to the past Galaxy Note series handsets, the new model is likely to come in both Exynos and Snapdragon SoC options.
The listing spotted on Geekbench shows the specifications of the Samsung Galaxy Note 9 variant with model number SM-N960N. This new model, unlike its US counterpart that is said to have the model number SM-N960U, has the Exynos 9810 SoC coupled with 6GB of RAM. The listing also highlights that there is Android 8.1 Oreo, which is likely to have the newest version of Samsung Experience on top.
In terms of benchmark scores, the Exynos SoC-powered Samsung Galaxy Note 9 has received a single-core score of 2,737, while its multi-core score reached 9,064. These are notably higher than the scores received by the US variant of the Galaxy Note 9. The US variant got 2,190 single-core score and 8,806 multi-core score back in March. However, it made another entry on Geekbench just earlier this month with the slightly better single-core score at 2,411, while its multi-core score dipped marginally to 8,712.
If we believe the recent rumours, the Galaxy Note 9 will feature a 6.4-inch Super AMOLED display along with an 18.5:9 aspect ratio and include a 4000mAh battery. Some initial reports claimed that the new Galaxy Note model will come with an in-display fingerprint sensor, though there are speculations that Samsung could ultimately consider a traditional rear-facing fingerprint sensor. It is also expected to feature Bixby 2.0. Furthermore, the support page of the Galaxy Note 9 already emerged on Samsung’s North Africa and South Africa websites to formally confirm its existence.