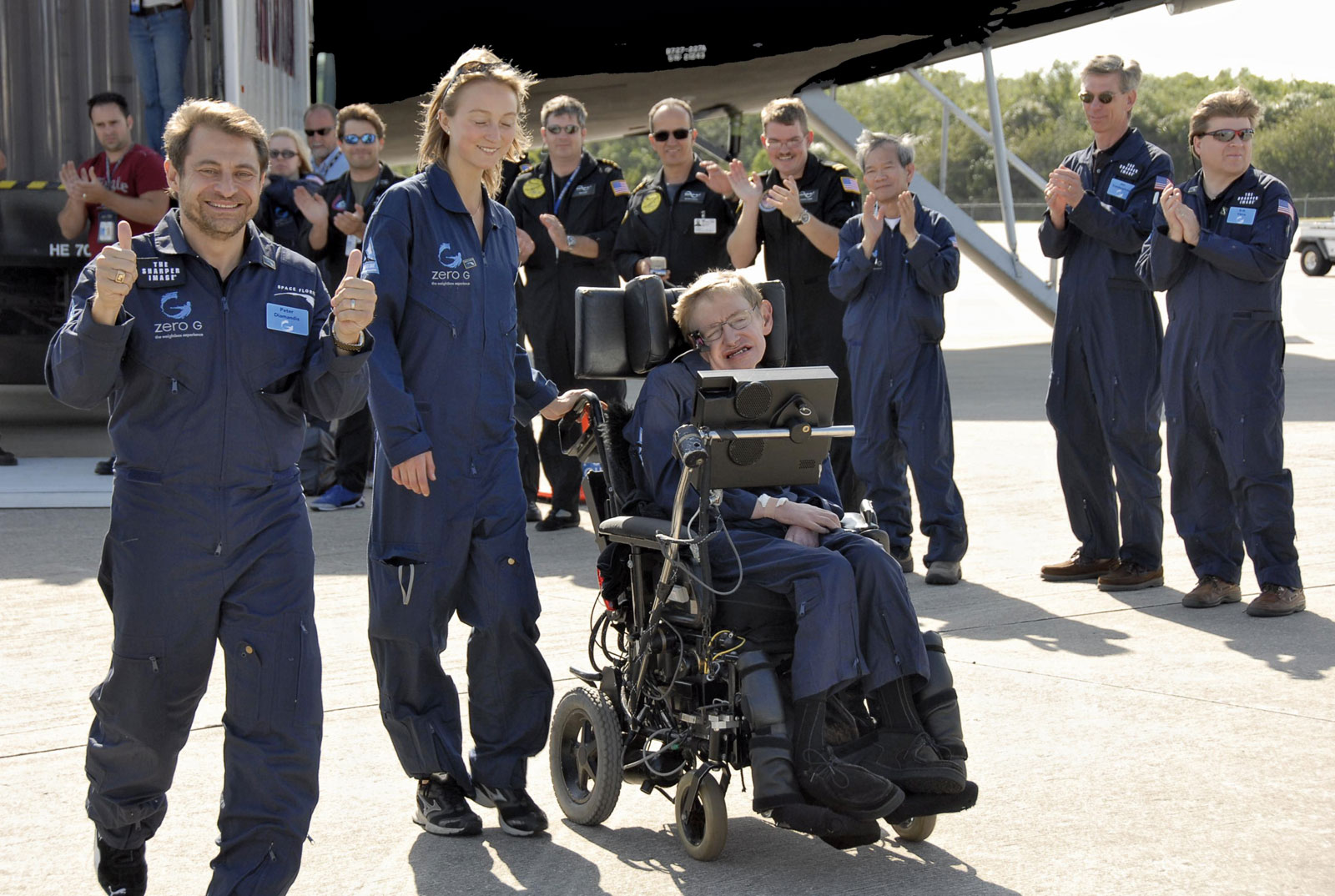 Hawking studied physics at University College, Oxford (B.A., 1962), and Trinity Hall, Cambridge (Ph.D., 1966). He was elected a research fellow at Gonville and Caius College at Cambridge. In the early 1960s Hawking contracted amyotrophic lateral sclerosis, an incurable degenerative neuromuscular disease. He continued to work despite the disease’s progressively disabling effects.

Hawking worked primarily in the field of general relativity and particularly on the physics of black holes. In 1971 he suggested the formation, following the big bang, of numerous objects containing as much as one billion tons of mass but occupying only the space of a proton. These objects, called mini black holes, are unique in that their immense mass and gravity require that they be ruled by the laws of relativity, while their minute size requires that the laws of quantum mechanics apply to them also. In 1974 Hawking proposed that, in accordance with the predictions of quantum theory, black holes emit subatomic particles until they exhaust their energy and finally explode. Hawking’s work greatly spurred efforts to theoretically delineate the properties of black holes, objects about which it was previously thought that nothing could be known. His work was also important because it showed these properties’ relationship to the laws of classical thermodynamics and quantum mechanics.

10 greatest quotes from the legends :

Stephen Hawking- the name needs no introduction. Hawkings is a personification of the phrase ‘never give up’. He is said to be one of the most influencing scientists. Despite being completely paralyzed early in his life, he never lost hope. Stephen Hawking beat all odds and went on to become one of the most iconic figures of all time.

On the 78th birth anniversary of one of the most genius minds in the history of science, let’s take a look at some of the most interesting quotes of Stephen Hawking.