Home ENTERTAINMENT PUBG Mobile Update 0.13.0 Goes Live Today, Here are the Complete Patch...
Facebook
Twitter
Pinterest
WhatsApp
PUBG Mobile update 0.13.0 will be rolling out today via the Google Play store and the Apple App Store. The new update will be bringing a deathmatch mode which should add a new dimension to the battle royale game. 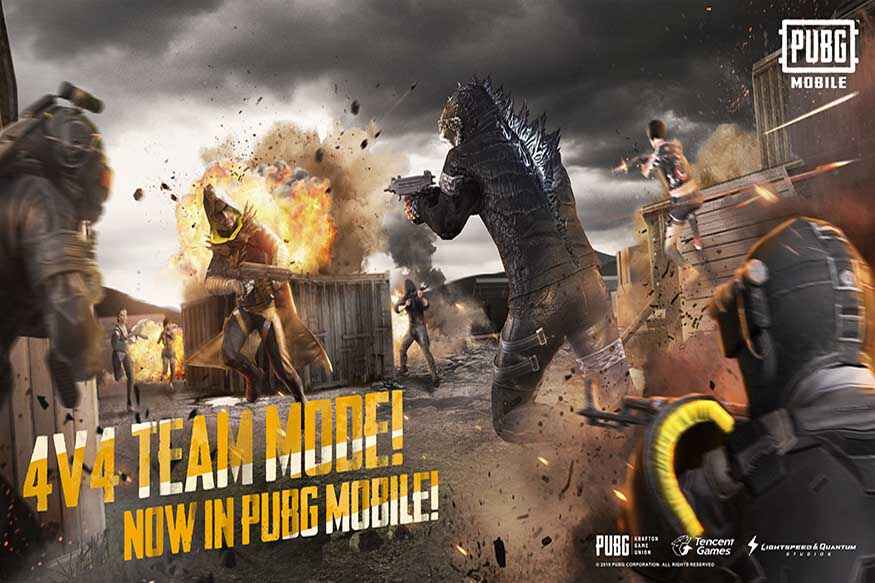 The next big update for PUBG Mobile rolls out today and it should hit the Google Play store and Apple App store any moment. A server maintenance notice was released yesterday and said that the game would be taken offline from 00:00:00 to 08:00:00 (UTC) on 11 June and the new update should roll out from June 12. The update will have a size of 1.98 GB for Android and 2.45 GB on iOS.

Read also: Gaming Disorder Is Now On The WHO List Of Diseases | Gamer’s Need To Know About This
The new version of the game is expected to include a special partnership with Godzilla: King of the Monsters movie, new Bizon gun, Kar98k skin in the gun lab, new skins and clothing and most importantly, the team deathmatch mode.

The team deathmatch mode will be a new addition where two squads of four players each, fight each other in a small area with standard deathmatch rules. If you die, you get respawned immediately, if you kill an opponent you get one point. The first team to get 40 points, wins. While the update is just hours away, the official patch notes for the 0.13.0 update are already out:

Players can now combine items in batches
Equipped items will be displayed on top
Duplicated new items will no longer be indicated by a red dot and the “new” tag
The Backpack and Helmet tabs have been moved to the Customization tab.