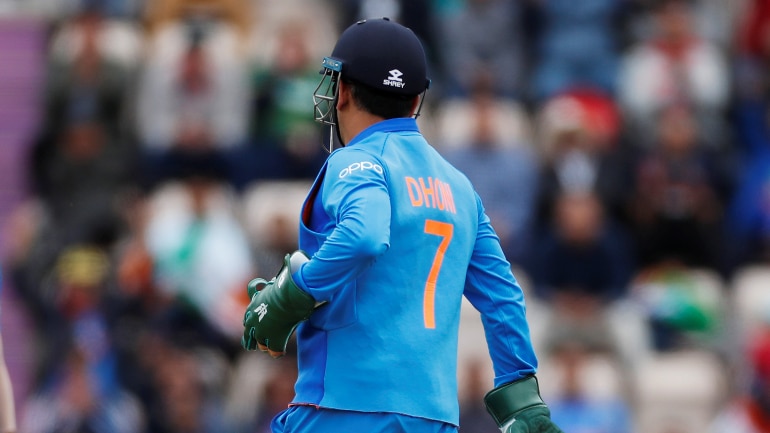 Mahendra Singh Dhoni’s wicketkeeping gloves have been in the news for all the wrong reasons since Wednesday with the images of him sporting the Indian Army’s Special Forces insignia going viral on social media after India’s opening match of the World Cup 2019 against South Africa on June 5.
People in India have backed Dhoni for his gesture during the match but it has drawn the ire of the International Cricket Council (ICC) which asked the Board of Control for Cricket in India (BCCI) to get the symbol removed from the former India captain’s gloves.
Smriti Irani, the minister of women and child development, is the latest high-profile personality who has come out in support of Dhoni and the Indian Army’s Special Forces. She posted a picture of the Para Commandos Special Forces symbol along with the hashtags #heroes #menofhonour.
The BCCI has even sought permission from the ICC to let Dhoni wear those gloves in India’s next match against Australia at The Oval. However, that request has been turned down by the ICC.
The ICC responded to BCCI’s letter explaining Dhoni’s act was a breach of clause G1 (personal messages) as well as the logos allowed on WK gloves and as such should not be worn.

The army says that there is no need for any intervention since the symbol is not the real insignia but only bears a resemblance. The Special Forces insignia is always in maroon background and has balidaan written in Hindi. It’s always worn on the chest.
Sources said the matter has been discussed but since it’s only a dagger without the other features of of the insignia, there is no need for any action.
“The symbol on Dhoni’s gloves only resembles it, we can’t say it is the Special Forces insignia,” said an army official.
A dagger similar to the one that is used in the insignia could be seen on Dhoni’s gloves when India played South Africa in its opening match on June 5, in the ongoing cricket World Cup.