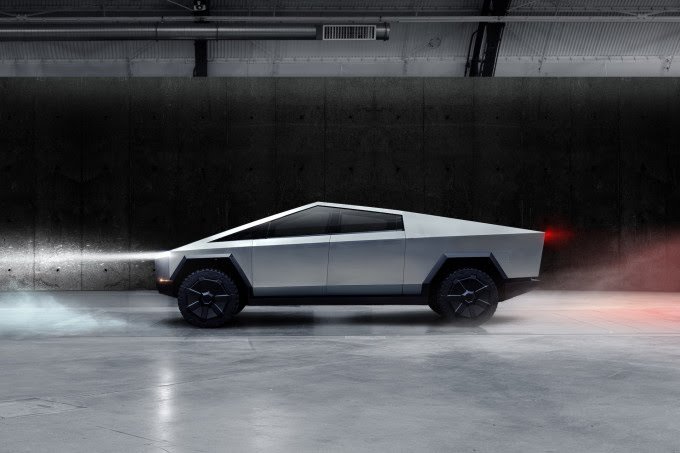 Tesla CEO Elon Musk unveiled the much anticipated Cybertruck electric pickup in LosAngeles on Thursday, and the vehicle is obviously getting a lot of attention for its eye catching and unique design. It looks more like a rover designed for space exploration than a truck and the analogy in this case is particularly fitting, because the Cybertruck is clad in the same stainless steel alloy that Musk’s other company SpaceX will use as the skin of its forthcoming Starship spaceship.

“It is, it is literally bulletproof to a nine millimeter handgun,” Musk said onstage during the unveiling. “That’s how strong the skin is it’s ultra-hard, cold-rolled stainless steel alloy that we’ve developed. We’re going to be using the same alloy in the Starship rocket, and in the Cybertruck.”

Musk had previously revealed at an event unveiling the full-height Starship Mk1 prototype that it would go with stainless steel for the outer shell, with an additional glass tile covering layer for the half of the space craft that will endure the highest heat from re-entry (the ship is designed to essentially belly-flop down through Earth’s atmosphere prior to landing). The Super Heavy booster that the Starship will ride atop during its exit will be clad entirely in stainless steel. The reasoning for going with that material was a combination of cost and effectiveness, as it’s actually remarkably good at withstanding and shedding high heat.

Using the same stainless steel alloy across both Tesla and SpaceX will obviously provide some cost efficiencies especially if the Cybertruck manages to become a high-volume production vehicle (unlikely because of its controversial design, but perhaps possible based on the economics if Tesla can stick to the price points it revealed onstage). There’s another way that the Cybertruck could benefit SpaceX’s work, and Elon alluded to it on Twitter ahead of the event Mars will need ground transportation, too.

A Cybertruck rover for astronaut use on Mars could theoretically benefit both Tesla and SpaceX because of efficiencies in cross-production and engineering, and as the stainless steel alloy case illustrates, one of the big benefits of designing things for space has always been that the resulting technology often turns out to have really beneficial applications on Earth, too.

Yes, Musk said in a tweet that the “pressurized edition” of the Cybertruck will be the “official truck of Mars.” As always with Elon, sometimes it’s difficult to suss out exactly where the line is between jokes and actual plans with what he tweets, but I think in this instance he actually means this literally, at least at this stage in the game.