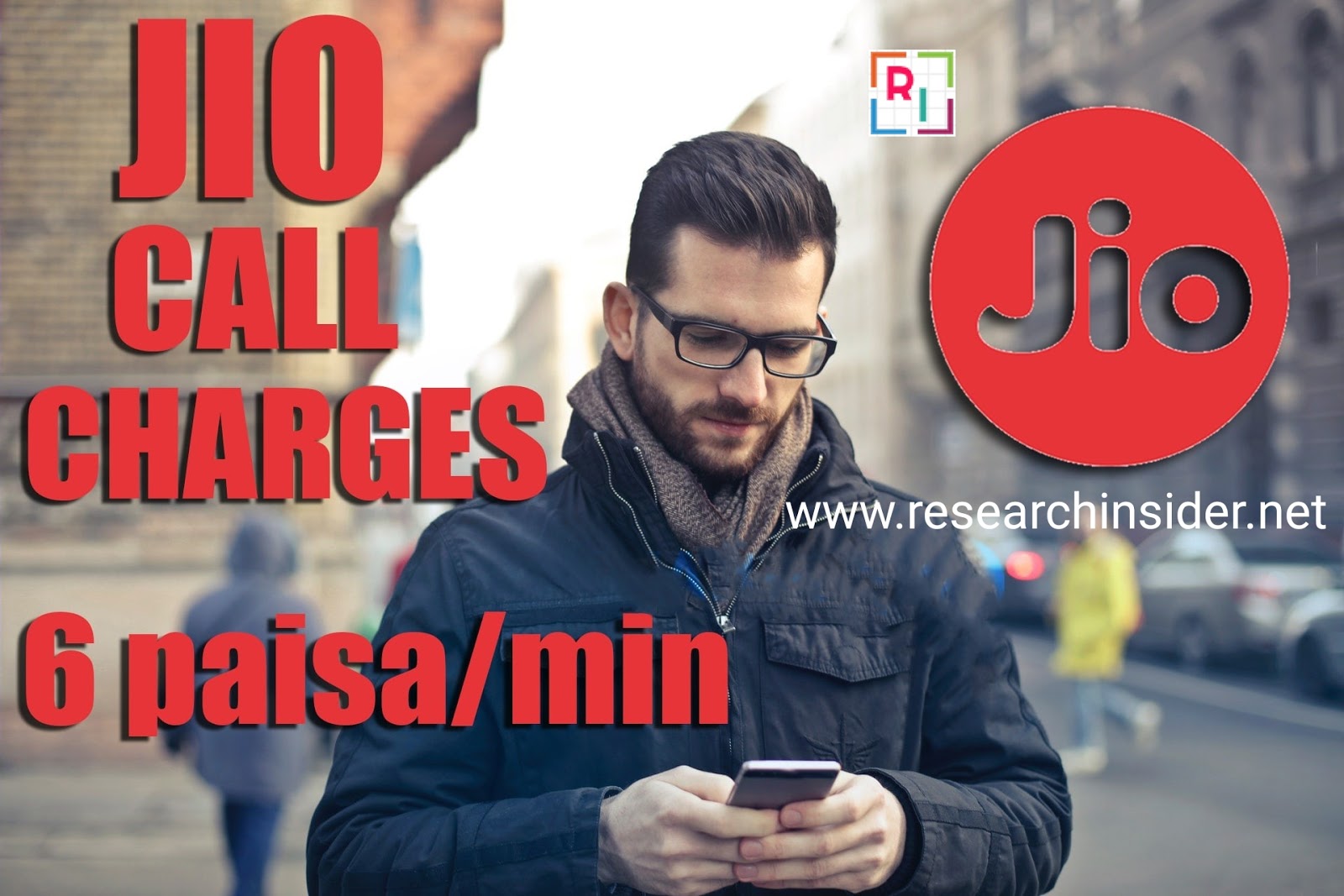 Finally its happned,by regulatory uncertainty over review of sunset clause for call termination charges, billionaire Mukesh Ambani’s Reliance Jio on Wednesday announced it will charge customers 6 paise per minute for voice calls made to rival phone networks, but will compensate them by giving free data of equal value.

In a statement, Jio said the 6 paisa charge/minute will remain in place till the time telecom operators are required to pay rivals for mobile phone calls made by their users to other operators’ network. 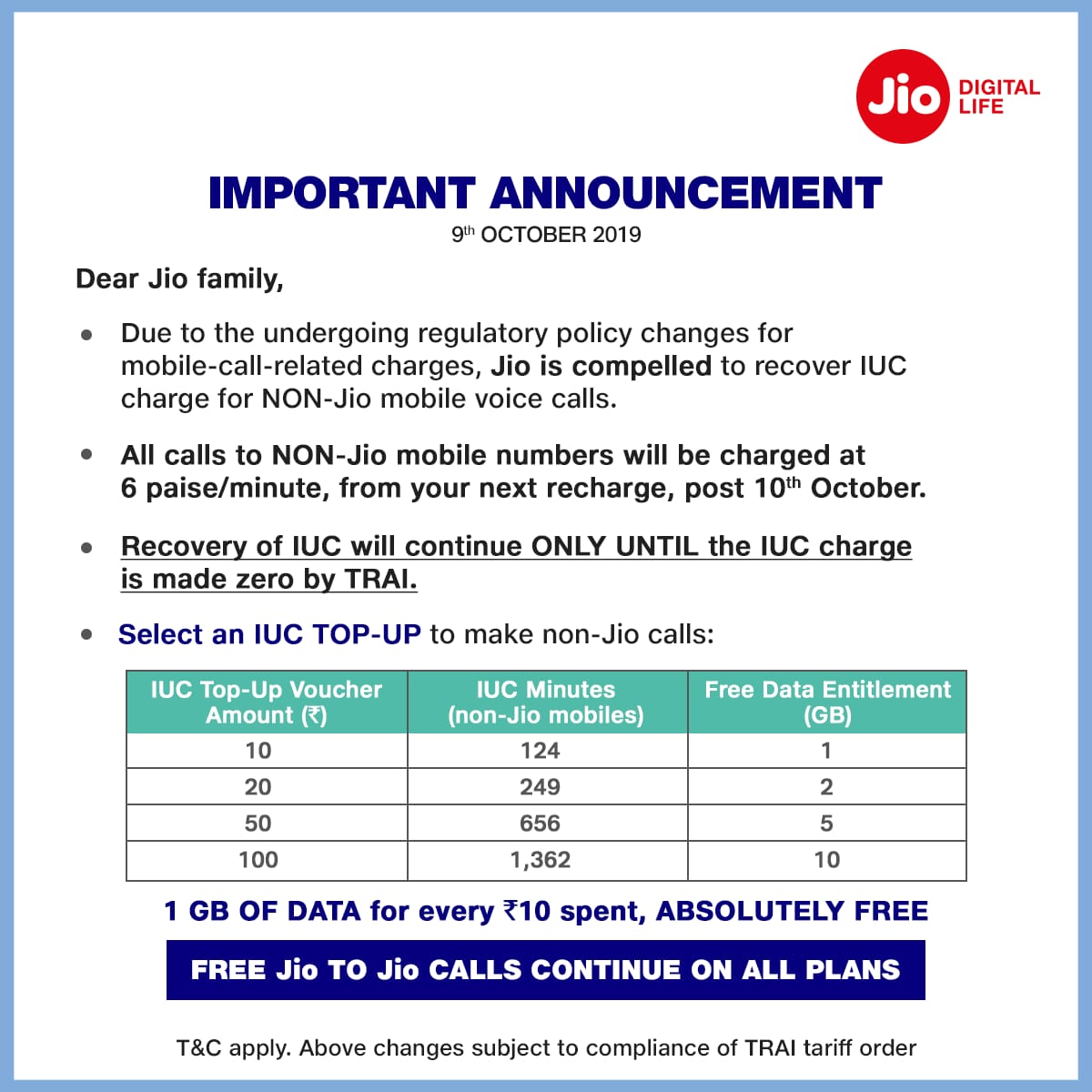 These charges are not applicable on calls made by Jio users to other Jio phones and to landline phones and calls made using WhatsApp, FaceTime and other such platforms. Incoming calls from all networks will continue to be free so simply.

TRAI in 2017 had slashed the so-called interconnect usage charge (IUC) to 6 paise per minute from 14 paise and had said this regime will end by January 2020. But it has been now floated the consultation paper to review whether the regime timeline needs to be extended.

Since voice calls on Jio network are free, the company had to bear the Rs 13,500 crore payment made to rivals such as Bharti Airtel and Vodafone Idea.

To recover the losses created by the TRAI move, the company has decided to charge customers 6 paise per minute for every call they make to a rival’s (idea,vodafone,airtel) network.

This will be the first time that Jio users will pay for voice calls , very wrong.

Currently, Jio charges only for data, and voice calls to anywhere in the country and to any networks was free. 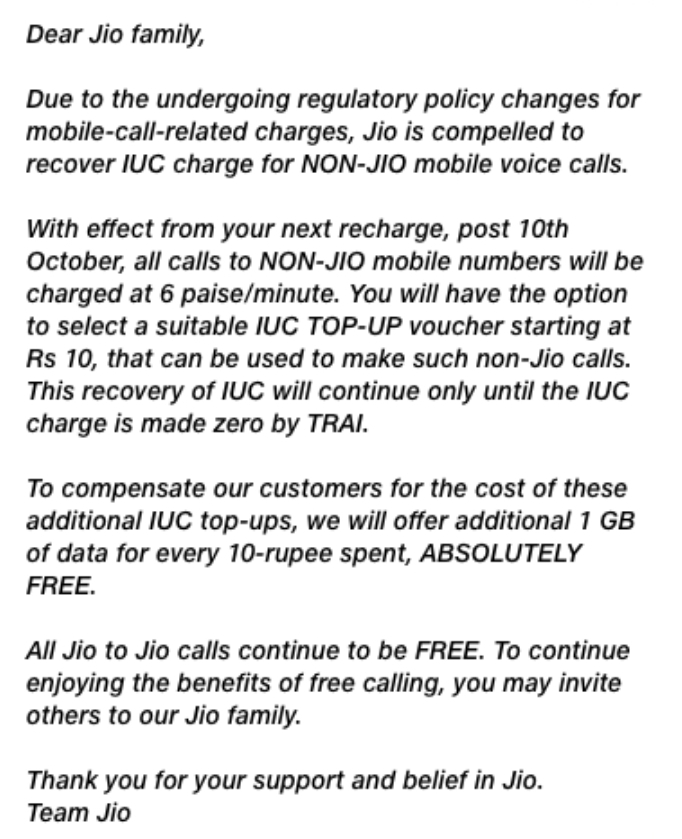 The consultation paper has created regulatory uncertainty and therefore Jio has been compelled, most reluctantly and unavoidably, to recover this regulatory charge of 6 paise/minute for all off-net mobile voice calls so long as IUC charges exist,” the statement said.

For all recharges done by Jio customers starting Wednesday, calls made to other mobile operators will be charged at the prevailing IUC rate of 6 paise per minute through IUC top-up vouchers till such time that TRAI moves to zero termination charge regime.

Jio will provide additional data entitlement of equivalent value based on IUC top-up voucher consumption. This will ensure no increase in tariff for jio customers, see above the plan details.

Jio said it has, in last three years, paid other operators like Airtel and Vodafone-Idea nearly Rs 13,500 crore as net IUC charges,so only they made this.