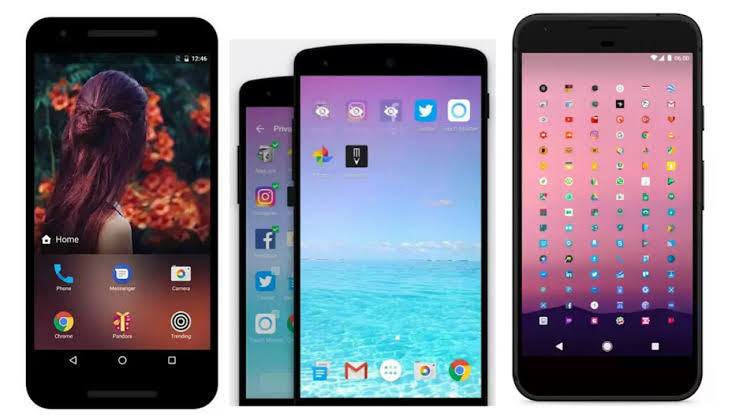 In every smartphone has the own launchers and it may them own system UI.But the developers should create the different and better apps for the android.and every android users can get the apps for free and lets use it.

Launcher is the name given to the part of the Android user interface that lets users customize the home screen (e.g. the phone’s desktop), launch mobile apps, make phone calls, and perform other tasks on Android devices (devices that use the Android mobile operating system). Launcher is built into Android, however there are a number of Launchers available for download in the Android Market.

Not quite a ROM :

That lack of permanency makes launchers much different than aftermarket firmware replacements, commonly referred to as ROMs, that have guided Android’s customization spirit since the operating system’s early days. More than just an app, a ROM is essentially a different version of the Android operating system that’s meant to replace the operating service that came with your phone.

While they offer a robust way to make sweeping changes to the way your phone looks and works, there are also disadvantages to using a ROM. The installation process can be daunting and long, and you will very likely void your phone’s warranty along the way. Also, there’s a small chance you could brick your phone, which renders it unusable.

As a result, ROMs have dropped in popularity in recent years, and launchers have taken their place. That shift has a lot to do with how easy launchers are to install — you just download them from Google Play like you would any other app. It also helps that the effects of a launcher can easily be undone.

The rise of launchers :

Almost every launcher falls into one of two categories: design or “smart.” Design launchers focus on letting you change the entire layout of your Android phone’s home screen, creating simple designs or more elaborate ones that look like carved wood or a collage of photos. You also can add custom gestures to your phone, such as double-tapping the screen to open a specific app.

“Smart” or adaptive launchers seek to put the most relevant information front and center throughout your day, as you wake up, head out on your commute, work at the office, and spend a night on the town or at home watching TV. I prefer to call “smart” launchers home-screen replacements because they replace your normal home screen setup with a new experience. Just remember that you often cannot modify your phone’s design using a home screen replacement. Below, I’ll discuss both categories in more detail.

Here the list of top launchers in the end of 2019 September.