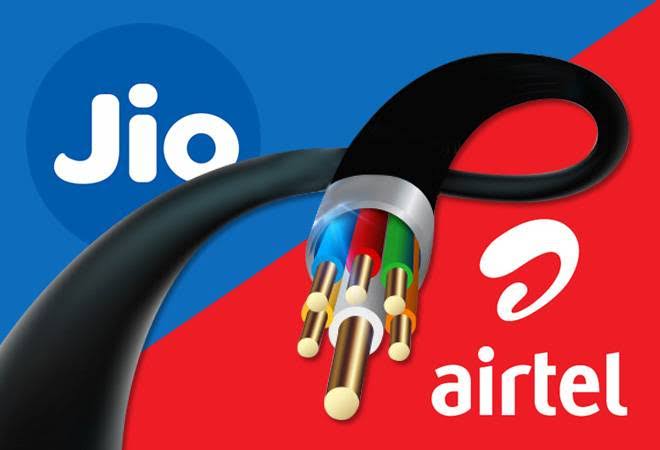 Airtel has been offering high-speed broadband services under various pricing plans and data speeds but now for the first time the telecom service provider has come out with a 1 Gbps data plan to take in Jio Fiber heads on.

Jio is also giving TV video calling facility, VR experience, and gaming options to its consumers in this plan. From the middle of next year, as announced by RIL chairman Mukesh Ambani, Jio will also offer first-day first show movies.

Besides Jio Home Gateway worth ₹5,000, you also get a Jio 4K set-top box worth₹6,400, besides an annual subscription to OTT apps.