Samsung recently announced the Samsung Galaxy Book S, a 13-inch Qualcomm-powered Always Connected PC. To be more specific, it’s powered by Snapdragon 8cx processor, the processor that Qualcomm claimed would beat Intel i5 chip.
However, Samsung’s Galaxy Book S looks to change that, and at IFA 2019 in Berlin, we got to hands-on time with the machine, albeit after some wrangling with Samsung staff. 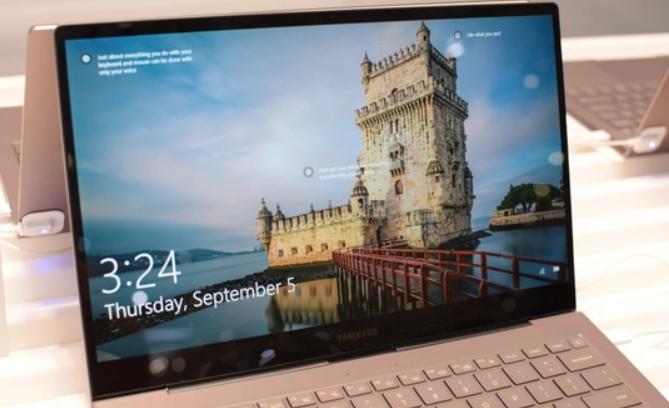 The Galaxy Book S is one good looking ultraportable-sized machine. It’s slim at 11.8mm thick and minimal too, very much in keeping with the Galaxy brand. And in a copper pink livery, it stands out from the laptop crowd without being ostentatious.

But the slimness comes at a price, and that price is a lack of ports. The Galaxy Book S has a mere two USB-C ports though both are Thunderbolt 3, a 3.5mm headphone jack, microSD card reader…and that’s about it. Not exactly a machine for people with lots of legacy USB-A accessories, but it’s not the end of the world either as there are plenty of good dongles around.

Speaking of which, the Galaxy Book S comes with a 13.3 in touch screen, sporting a fairly run-of-the-mill FHD resolution. That’s fine for a screen of this size, but don’t expect it to serve up the most razor-sharp of images and graphics. 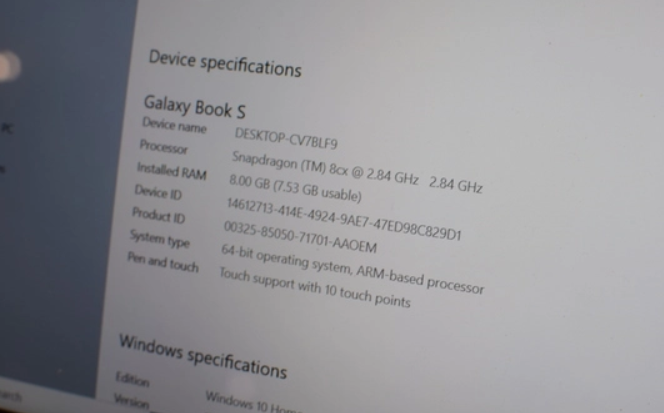 This is the first machine to sport Qualcomm’s Snapdragon 8cx, a chipset specifically made to run Windows 10 in Always Connected PCs, rather than be a take on the chip maker’s usual smartphone SoCs.

That CPU is mixed with Qualcomm’s Adreno 680, a pretty respectable GPU found in high-end smartphones.

Memory came in at 8GB, which is perfectly fine for a Windows 10 machine, if not exactly something to get excited about.Storage in this model was 256GB of SSD space, but the Galaxy Book S will offer a 512GB SSD, and that can be expanded up to 1TB with the use of a microSD card.
Samsung reckons the Galaxy Book S will last some 23 hours of video playback, but we wouldn’t expect to see that type of endurance in other computing tasks. 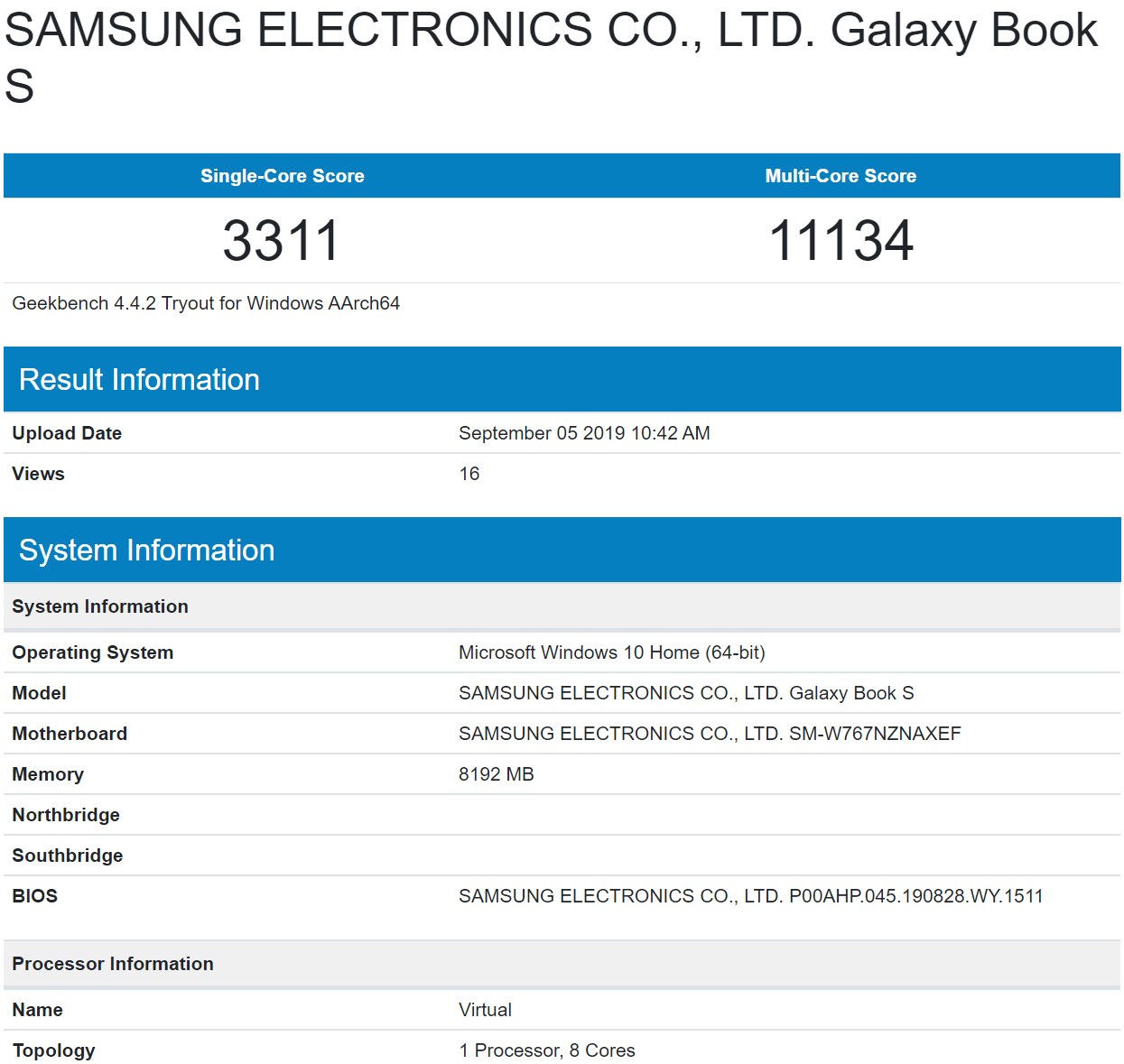 The SD 8cx performance is also not par with the latest Snapdragon 855 Plus processor, but beat the SD 855, which has a multiple core score of somewhere around 10,469, quite comfortably.
The Geekbench score of the Galaxy Book S, however, is still impressive and while it couldn’t beat the performance of the i5, at least not on paper, the scores are impressive, and things will only get better from here.

Aquarium PC Build | Learn How They Did It.!