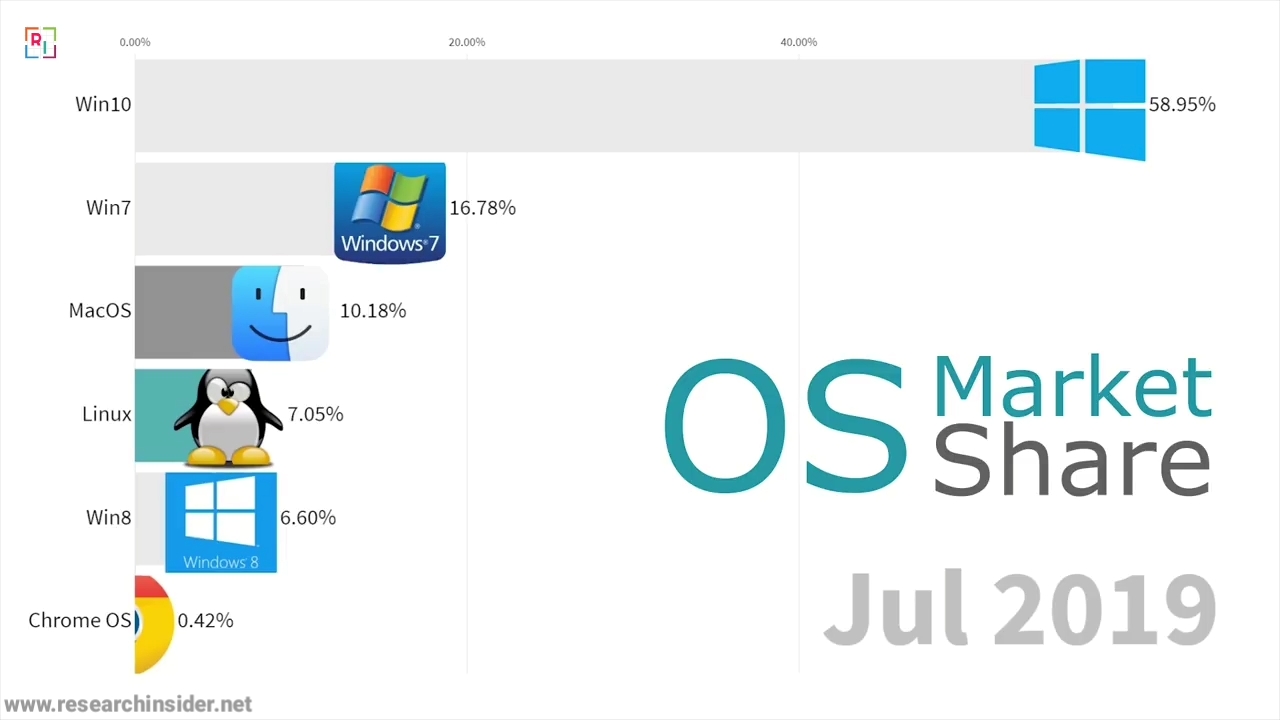 Microsoft Windows became and stayed a dominating presence in the desktop operating system market since it’s debut in 1985. Despite slight loss in market share in recent years, Windows operating system remains the frontrunner with a towering share of 77.61 percent, with Apple’s MacOS X trailing as a distant second.

Since the release of Windows 1.0 in 1985, the operating system has undergone many changes and updates. Major versions include Windows XP, Windows Vista, Windows 7 and the most recent Windows 10, which after its release in 2014 has become the most popular Windows operating system on desktop PCs. There is also the Windows Server family for server computers and a specialized version of Windows that runs on the Xbox One video game console.

Microsoft finished 2018 as the world’s most valuable company, but it also passed an important milestone for Windows. The latest Windows 10 operating system is now the most popular desktop OS in the world, finally beating Windows 7’s market share according to Net Applications. Windows 10 held 39.22 percent of desktop OS market share in December 2018, compared to 36.9 percent for Windows 7. It’s a statistic that’s taken Microsoft three and a half years to achieve, and it demonstrates just how popular Windows 7 has been since its release nearly 10 years ago.