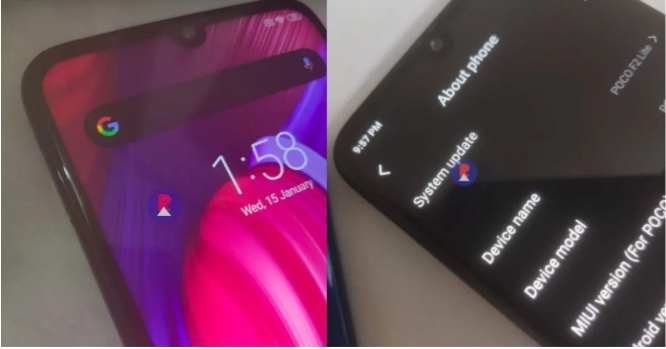 Poco’s first phone as an independent brand could be the Poco F2 Lite with specifications like Qualcomm Snapdragon 765 processor and a 5,000mAh battery.

Xiaomi on Friday announced Poco will now operate as an independent brand. This news came amid rumours of a second Poco smartphone dubbed ‘Poco X2’. There’s now a new leak alleging that Poco is working on ‘Poco F2 Lite’.
This leak comes from tech YouTuber RevAtlas who claims to have live images of the supposedPoco F2 Lite. The video shows the Poco F2 Lite sporting a U-shaped notch on top of its display. The smartphone is seen running custom MIUI for Poco based on Android. The Android version isn’t visible here. Poco F2 Lite is also said to launch with Qualcomm Snapdragon 765 and a 5,000mAh battery.

tweet came several hours later as an open letter to POCO fans and included some more information. It mostly details the journey of the POCO F1 touting the accomplishments such as 960fps slow-motion video, Widevine L1 certification, and the upgrade to Android 9.

An open letter to all #POCO fans!

Thanks for making it possible. #POCOIsHere and we’re ready for an action-packed season 2. Are you? pic.twitter.com/vYOQ8HZj8v

/>
This is the first we’re hearing of a Poco F2 Lite smartphone and considering this is a leak the information cannot be confirmed. But it does add to the curiosity of a new Poco phone’s imminent launch. This could also be the rumoured Poco smartphone which has been doing the rounds recently.

A Poco phone going by the moniker Poco X2 was spotted on benchmarking website, Geekbench. The smartphone was listed with 8GB of RAM and Android 10. It will run on Qualcomm octa-core processor clocked at 1.80GHz. There are however speculations that the Poco X2 could be a rebranded version of the Redmi K30.

Nothing can be confirmed now before anything official comes from Poco itself. But all these leaks do indicate towards a new Poco phone. Poco F1 is still one of the best mid-range phones even after over a year since its launch.