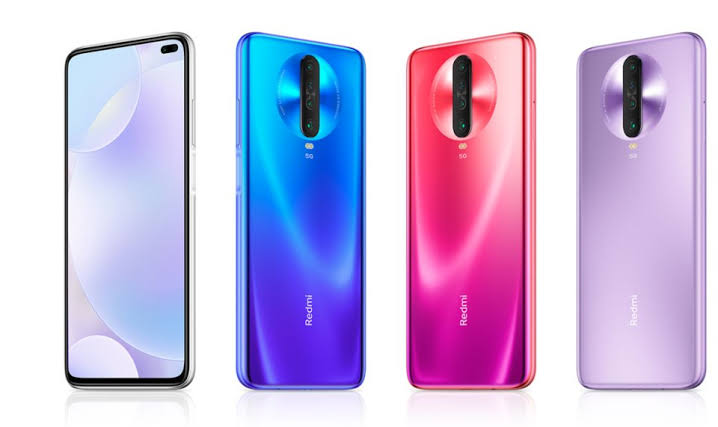 The Redmi K30 is launching officially next week and there’s hardly anything left to know about the phone. Here’s a roundup of everything we know about this upcoming Redmi flagship of K30 Pro.

A phone that Xiaomi is set to launch on December 10. The Redmi K30 will be the successor to the Redmi K20 launched earlier this year and will be the flagship offering in the Redmi lineup. While Xiaomi is only teasing the devices through posters, all the specifications about the Redmi K30 are out on the web, leaving nothing else to the imagination.

The Redmi K30 will bring some flagship-grade features to an affordable segment and rumours even suggest that it will start from approximately Rs 20,000 to Rs 24,000. However, once you go through all the features, it appears that the Redmi K30 is a massive upgrade over the Redmi K20 in many aspects, right from the cameras to display and beyond. Given that Xiaomi brought the Redmi K20 to India, chances of the Redmi K30 making it to India are high as well from other brands.

Hence, if you are interested in the Redmi K30, there’s a lot you can know about the phone way before the launch.

What we know so far

To begin with the design, a lot has changed since the Redmi K20 and Note 8.

The Redmi K20 came in this summer with a stunning gradient back imitating fire and ice. It also flaunted a notch-less display with an illuminated pop-up camera. With the Redmi K30, Xiaomi has taken its design in to the fully opposite direction. The front of the phone will have a narrow-bezel display with a punch-hole cutout for two selfie cameras. On the sides, it will flaunt the usual buttons and a capacitive fingerprint sensor.

The rear gets a weird design, using a gradient pattern to imitate a massive circular camera hump similar to the OnePlus 7T and Nokia 9 Pureview. The quad-cameras are stacked vertically similar to the Redmi Note 8 Pro. Redmi has also gone for subtle gradient patterns this time. In addition, the Redmi K30 ditches glossy glass for frosted glass finish at the back.

This is where the Redmi K30 could have some controversy. The outgoing Redmi K20 features an AMOLED display but leaks have suggested as so far that the new one will get a Full HD+ LCD display. That seems like a downgrade but the display is bigger than the outgoing model, measuring 6.7-inches.

Additionally, the screen is also supposed to feature 120Hz refresh rate as well, which is much faster than the 60Hz panel on the Redmi K20. Hence, the deep blacks of the AMOLED panel will be traded with smoother animations and transitions.

For the 4G variant, the Redmi K30 will rely on the Snapdragon 730G chipset paired with 6GB RAM and 64GB storage, at least for the base variant. The device will be running on MIUI 11 based on the latest version of Android.

Redmi phones are always a step ahead when it comes to specifications. The K30 being the successor to the K20 will have superior specifications to give an edge in performance. However, some of the specifications may vary depending on the variant you choose.

While the new chips ensure higher performance, the Redmi K30 gets a bigger 4500mAh battery to accommodate for the additional power needs. Xiaomi has confirmed that it’s offering support for 30W fast charging system with the K30 as well.

Initially, it was expected that the main 64-megapixel camera will use the Samsung sensor but in a current leaked poster, Redmi hints at using Sony’s yet-to-be-announced 64-megapixel IMX 686 camera sensor with 1/1.73-inch sensor size and an F1.89 lens. That means the Redmi K30 could offer some great photography performance at a much lower price than before.

The Redmi K30, despite all the rumoured upgrades, is expected to come up for approximately Rs 20,000 in China. That’s the same price as the Redmi K20. If that becomes the truth, the Redmi K30 will be one of the cheapest phones to come with a 120Hz refresh rate display, undercutting the Asus ROG Phone 2 by a huge margin. However, Xiaomi could bump up the price given the new specifications in markets such as India.