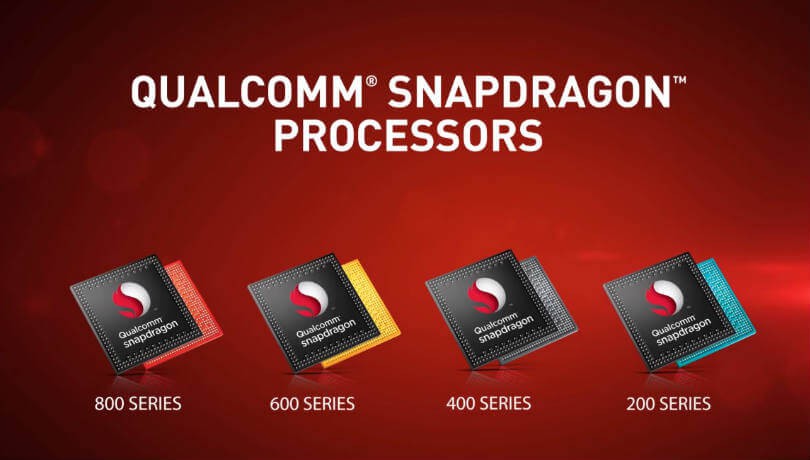 Question: Which is better processor MediaTek or snapdragon?
Answer: The fastest Snapdragon Processors, 855+ outperforms the MediaTek’s fastest Helio G90T by a big margin.

Mobile platforms are designed for performance, efficiency and versatility by offering superior mobile user experiences in a variety of form factors, from smartphones and tablets to embedded designs and connected cars.

The 600 series targets the mid-range segment and some of its processors deliver high performance while some other target efficiency. The first processor of this series (Snapdragon 600) was launched in 2013. They further improved the performance with the introduction of 610.

I’ve never been a fan of the Snapdragon 615, 616, and 617. Even though they deliver decent performance, these three processors suffered from overheating and Qualcomm finally had to bring the 14nm Fabrication in the mid-range with the launch of Snapdragon 625.

The Snapdragon 625, 626, and 630 are highly efficient Processors because of the 14nm FinFET fabrication and their raw performance is decent as well.

On the other hand, the Snapdragon 650, 652, and 653 deliver great performance due to their Cortex-A72 Cores but they sometimes overheat on heavy usage. Snapdragon 650 and 652 first appeared as Snapdragon 618 and 620 but because of their superior performance, Qualcomm renamed them.

The Snapdragon 660 and 636 were the first processors in 600 series to use Qualcomm’s Kryo cores. They use a Kryo 260 (a semi-custom Cortex-A73 and Cortex-A53 CPU) and the 14nm Technology. This makes them deliver high-performance without any throttling issues.

Mobile platforms support in-demand premium features, such as the Qualcomm® Artificial Intelligence Engine (AIE) and advanced camera features, to high- and ultra-high tier for smartphones and other form factors.

In 2018, Qualcomm announced a new series and the Snapdragon 710 was its first member. I’ve referred the Snapdragon 700 series as high-end because of its extreme performance that matches flagship processors. It fills the gap between 600 and 800 Series.

In our rankings, the Snapdragon 710 stands just below the 835 and this clearly indicates its high performance. It was actually supposed to be launched as the Snapdragon 670. But because the gap between mid-range and flagship series was filling up quickly so Qualcomm introduced a new series.

The specification as well performance of this series is top-notch and it is nearly impossible to differentiate it with an 800 series chip.

The Snapdragon 400 Series is for low-end phones but it is good enough to deliver a lag-free experience.

The first processor from this series was launched in 2013. The most popular processors of this series are Snapdragon 400 & Snapdragon 410 and these two power more than a hundred smartphones.

Snapdragon 435 was an upgraded variant of 430 with some slight improvements.

The Snapdragon 450 is a game-changer of this series in which the 14nm Process is used for the first time. It is actually an underclocked variant of Snapdragon 625 and the performance and features are more or less the same.

Mobile platforms with multi-core CPUs can expand the possibilities of connected computing and represent the ultimate in performance, power efficiency and 4G LTE connectivity.

The 800 series first appeared in the market in 2013. This series offers the best performance among all Qualcomm Processors and this series is mostly used by flagship devices. These can be found on LG V Series, Samsung Galaxy S Series, Xiaomi Mi Series, OnePlus devices, etc.

Any new feature or technology developed by Qualcomm is usually first implemented in the 800 series and later it comes to the other series. For example, the first Qualcomm Processor with 14nm FinFet was Snapdragon 820 which was launched in the last quarter of 2015. In the second quarter of 2016, Qualcomm brought this technology on 600 series with the Snapdragon 625. Then finally in 2017, Qualcomm launched SD 450 with 14nm FinFET fabrication.

How to choose your mobile better?

Processors having the same or a close score can be considered as equivalent or similar in performance.

The processors that scored above 110 is Centurion Mark deliver excellent performance in Gaming as well as Heavy usage. Selecting a phone with a processor from this category is highly recommended for the best user experience.

Great performance is General use as well as gaming. If you’re buying a mid-range phone then you should target this range.

In this range, performance is just above average. But you’re unlikely to observe any lags or any other significant issues. But some older chips like Snapdragon 810 having poor thermal performance might also fall into this category. If you have a low budget, try to get a phone that fits in this category.

The general performance of these chips is below average but it is acceptable in the lower end phones. These can suffer from occasional lags as well as throttling issues.

The performance of these chips is below par and should be avoided unless you’re buying an extremely cheap phone with a budget lower than $100.

How we calculate SCORE?

We calculate SCORE based on a Processor’s Performance + Features + User Experience + Issues. If any processor suffers from lags or overheating in real-world usage, we deduct its score according to the extent of the problem. But if a chip is well-optimized, we make sure to give it extra points.

Performance Throttling and Device Overheating in both Daily-life as well as Heavy Usage.