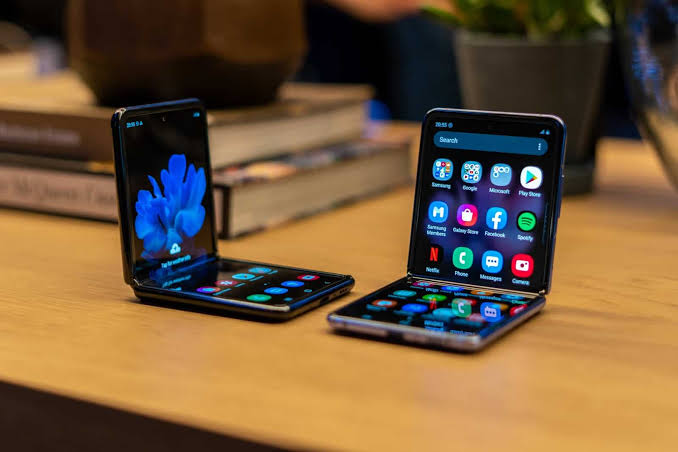 Samsung has finally launched of its latest foldable smartphone, the Galaxy Z Flip, in India. The smartphone comes with a various price tag of Rs 1,09,999 and it is available for pre-orders starting from today, while delivers for pre-booked units will start on 26th February.

With this, Samsung is at the forefront of introduced the new foldable mechanisms to its consumers. The company introduced thd Galaxy Fold with a horizontal folding display earlier and now with second edition, it has come up with the vertical folding mechanism with Galaxy Z Flip. The smartphone comes loaded with a host of interesting and most fascinating features. But does the premium price tag justify itself.!, Should you consider this smartphone as your next companion? We spent some time with the phone and here’s everything you need to know about the Samsung Galaxy Z Flip down below.

The Samsung Galaxy Z Flip comes with a vertical folding mechanism of brand new technology. The back panel is loaded glass finish and the phone is available in three colour options of Mirror Black, Mirro Gold and Mirror Purple. The phone comes with a Hideaway Hinge that allows it to fold in vertically and it also provides a range of angles similar to like a laptop screen. The phone, in the unfolded state, is quite compact (almost like the shape of a small wallet). However, the moment you unfold the device, you will see a rather than the tall display. The display is so tall and that it comes one-handed usage impossible. So, if you have long or short fingers, it does not matter as most of the time you will be needing two hands to operate this device and most of the tallest above 6.5 inch smartphone has the same issue.

One drawback we found in the design was that the smudges. Yes, the smartphone easily gets smudged with fingerprints and dust particles. Most of the time, you will have to carry a smiler or use your own cloth to clean the display and the back panel of the Galaxy Z Flip. Coming to the folding design, it feels solid and you will enjoy folding and unfolding the Galaxy Z Flip , though you need to do it with a better grip.

The Hideaway Hinge also paves the way for a new feature known as the Flex Mode. In this mode, when the display is opened half, it automatically splits into two 4 X 4 inch screens so that one can easily view content or videos on the top half of the display and control them on the bottom half , so it gives a very good attractive laptop look.

This makes it quite interesting as one can take those late-night timelapse videos without a tripod. Yes, Just open it halfway and place it on a stable surface. Furthermore, one can also view YouTube videos on the top-half and we view comments on the second. That said, the Flex Mode sure looks interesting smiler, though the app compatibility is quite limited. This mode is only supported in the Camera app, YouTube and Google Duo now , it will may expand very soon. But there is no clarity on when more apps will support this mode.

Another interesting thing about the Samsung Galaxy Z Flip is the new close cover display. The phone comes with a 1.1-inch Super AMOLED display screen with 300 x 112-pixel resolution on the cover side. The cover display basically showcases date and time along with notifications only now with the first its android UI design. You can tap on the notification and open the phone to view it.

Furthermore, one can also control music with the cover display it’s looks like a always on display mode. Most importantly, you can take photos using the rear camera. All you need to do is double press the power button and the cover display will act as a viewfinder for click the quick photos. However, it is next to impossible to view anything from the viewfinder, especially when you taking a photo in a group or something with your camera.

On the display front, the Samsung Galaxy Z Flip is loaded with the 6.7-inch Full HD+ Dynamic AMOLED Infinity Flex display with a screen resolution of “2636 x 1080” pixels along with 425ppi pixel density. The display comes with a punch-hole design on front, similar to what we have seen in other Samsung smartphones as well. However, the flexible display comes with a tall aspect ratio of the 22:9. This makes it difficult to reach the corners of the screen on each time.

That said, you will feel the crease in the middle of the screen, which might look add at first, but you will get used to it. The company has revealed that it is using Ultra-Thin Glass (UTG) along with a protective layer on top of it and so. It is not advisable to remove the protective layer and you have to be careful with the display as a scratch or deep mark can spoil the display, it was noticeable point for planning to buyer.

The Samsung Galaxy Z Flip is powered with a Qualcomm Snapdragon 855 processor along with bast model 8GB of RAM and 128GB of the internal storage. It is good to see that Samsung is opting for a flagship Qualcomm chipset for its Galaxy Z Flip foldable smartphone series. During our brief testing, we found out that the smartphone’s performance was smooth and multitasking was a breeze like a galaxy s20 ultra. However, we haven’t played any game on this smartphone, so we cannot tell the gaming experience for the Galaxy Z Flip now and we will update our first impressions soon.

On the software front, the Samsung Galaxy Z Flip runs on Android 10 with OneUI 2.0 running on it. The user interface is similar to the what we have seen in other Samsung smartphones. But the Galaxy Z Flip comes with Samsung Knox security protection along with Samsung Pay for contactless payment, it was the cool feature as well, Multi-tasking is quite interesting in this smartphone as it takes full advantage of the tall aspect ratio smartphone. One can also customise the size of the split-screen option, which is a useful feature after all main thing.

The camera app takes advantage of Flex Mode seriously. With this, you can use the top half of the screen as a viewfinder mode, while the bottom half can be used to zoom in or zoom out the camera, change camera modes and more. It is fun to use the zoom feature, though the slippery nature makes it a bit difficult to zoom in one to go.

The smartphone is loaded with a 3300mAh massive battery power capacity with 15W fast charging support and it comes also with the 15W wireless fast charging support. The company has also given an option to charge other devices like wireless earbuds or fitness band and more through wireless PowerShare method. The battery might be an issue as the high-resolution screen and all the features will sure put into stress on the battery performance.

Should you buy it?

So, is worth to buy the brand new Galaxy Z Flip?. The smartphone is more like a lifestyle product rather than the hardware machine. The foldable smartphone is targeted to reach that audience, which loves to try new technology and flaunt about it on future. So, if you have enough bank balance and want to flaunt a new kind of smartphone in front of your friends or girls, then Galaxy Z Flip is meant for you. Otherwise, one can always wait as it is just the first generation of the foldable screen and the coming generations will be more stable and cheaper in the future.