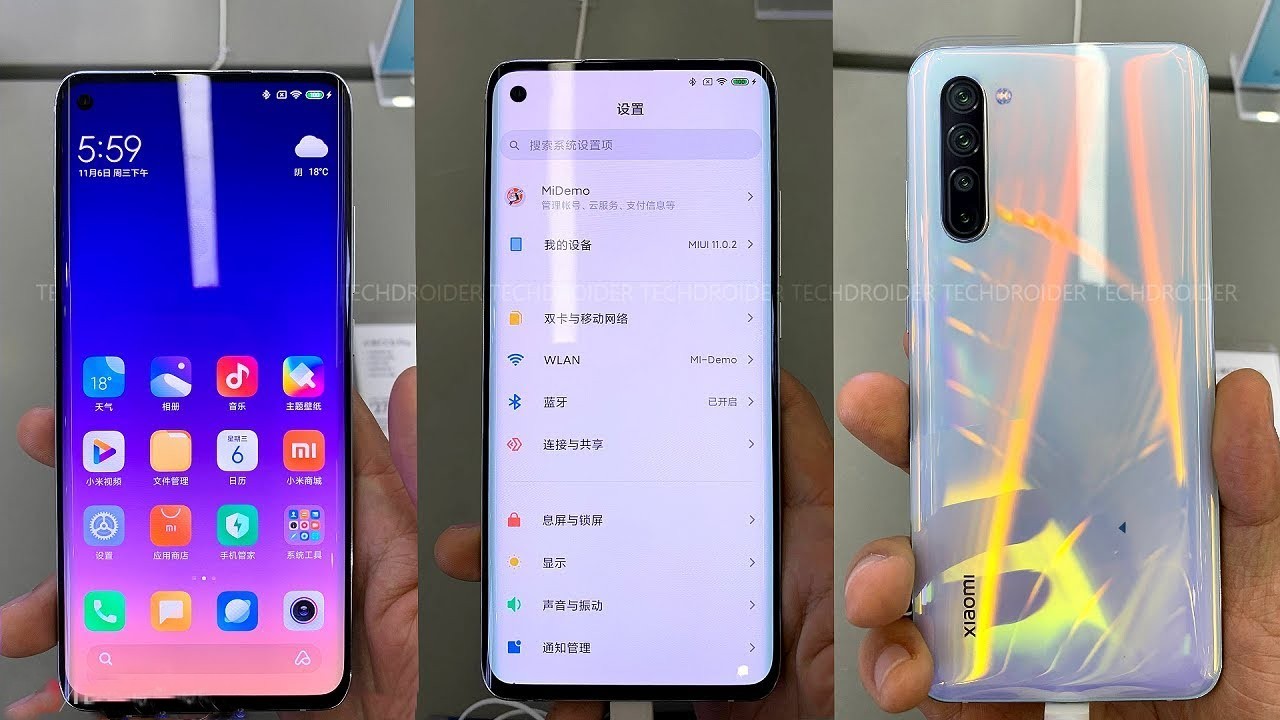 Chinese smartphone maker Xiaomi is expected to launch its flagship Mi 10 and Mi 10 Pro smartphones next month. While the company has not yet announced the launch date for the upcoming devices, a launch poster leak has given us a hint that says only.

The poster also showcases the rear design of the upcoming smartphone which is presented in White and Black color variants only. It also shows Mi MIX Alpha concept phone with a wrap-around display. The Mi 10 also seems to be inspired from MIX Alpha given that it features a similar strip on the back for housing the camera module.

As per the leaked poster, the upcoming Mi 10 and the Mi 10 Pro smartphones will be launched in the company’s home market on the 11th February. This is the same day when Samsung is hosting its Unpacked event to launch Galaxy S20-series phones from Samsung.

The smartphone will come with a quad-camera setup and the body design features curves towards of the edges. There are volume rocker keys and a power key on the right side of the phone. However, it has not been confirmed if the leak is authentic so we had advise you to take this information with a pinch of salt. 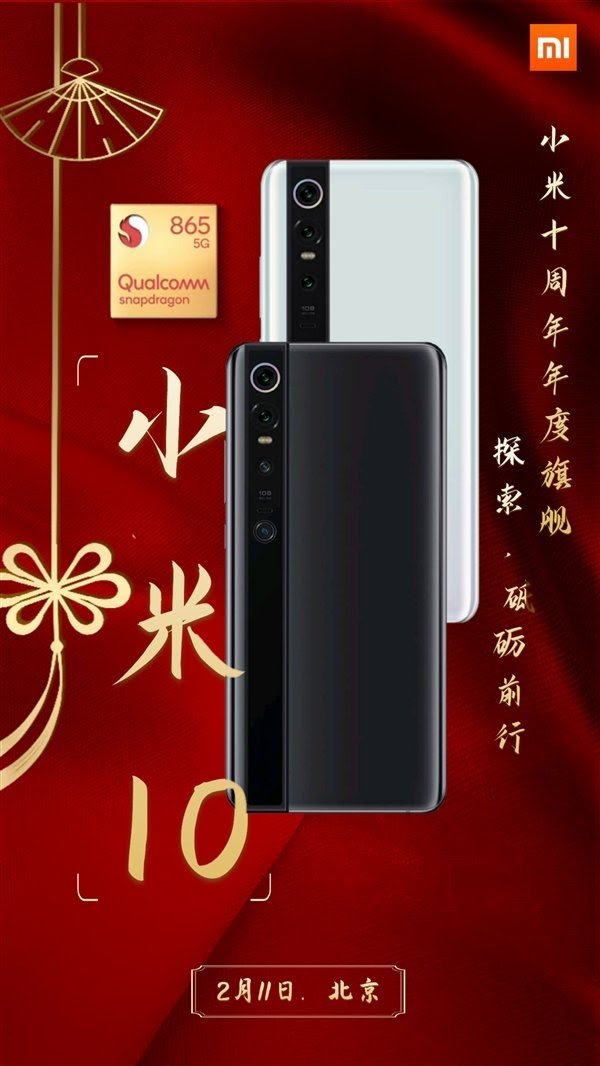 On the other hand, Mi 10 Pro is expected to flaunt a 120Hz refresh rate display and could be coming with a 4,500mAh massive battery supports 66W fast charging capability, along with with fast wireless charging and reverse wireless charging support.
The quad camera setup of Mi 10 Pro may include a 108-megapixel main lens, a 20-megapixel ultrawide lens, a 12-megapixel telephoto lens, and a 5-megapixel depth sensor. The 5G-ready Mi 10 and Mi 10 Pro will be fueled by the Snapdragon 865 mobile platform.

So far, leaks suggest that the Mi 10 will be equipped with a 90Hz refresh rate screen and will be powered by a 4,800mAh massive battery that supports 30W fast charging capability. The quad camera setup of the phone may include a Sony IMX686 64-megapixel main lens, a 20-megapixel ultrawide shooter, a 12-megapixel telephoto lens and a 5-megapixel depth sensor, Mi 10 powered by snapdragon 865 Processor.