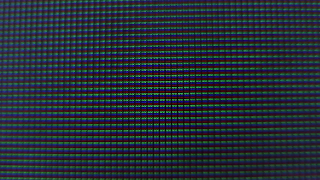 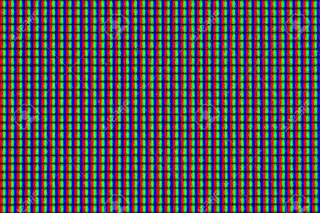 The specific color that a pixel describes is some blend of three components of the color spectrum – RGB. Up to three bytes of data are allocated for specifying a pixel’s color, one byte for each major color component. A true color or 24-bit color system uses all three bytes. However, many color display systems use only one byte (limiting the display to 256 different colors).
A bitmap is a file that indicates a color for each pixel along the horizontal axis or row (called the x coordinate) and a color for each pixel along the vertical axis (called the y coordinate). A Graphics Interchange Format file, for example, contains a bitmap of an image (along with other data).
Screen image sharpness is sometimes expressed as dpi (dots per inch). (In this usage, the term dotmeans pixel, not dot as in dot pitch.) Dots per inch is determined by both the physical screen size and the resolution setting. A given image will have lower resolution – fewer dots per inch – on a larger screen as the same data is spread out over a larger physical area. On the same size screen, the image will have lower resolution if the resolution setting is made lower – resetting from 800 by 600 pixels per horizontal and vertical line to 640 by 480 means fewer dots per inch on the screen and an image that is less sharp. (On the other hand, individual image elements such as text will be larger in size.)