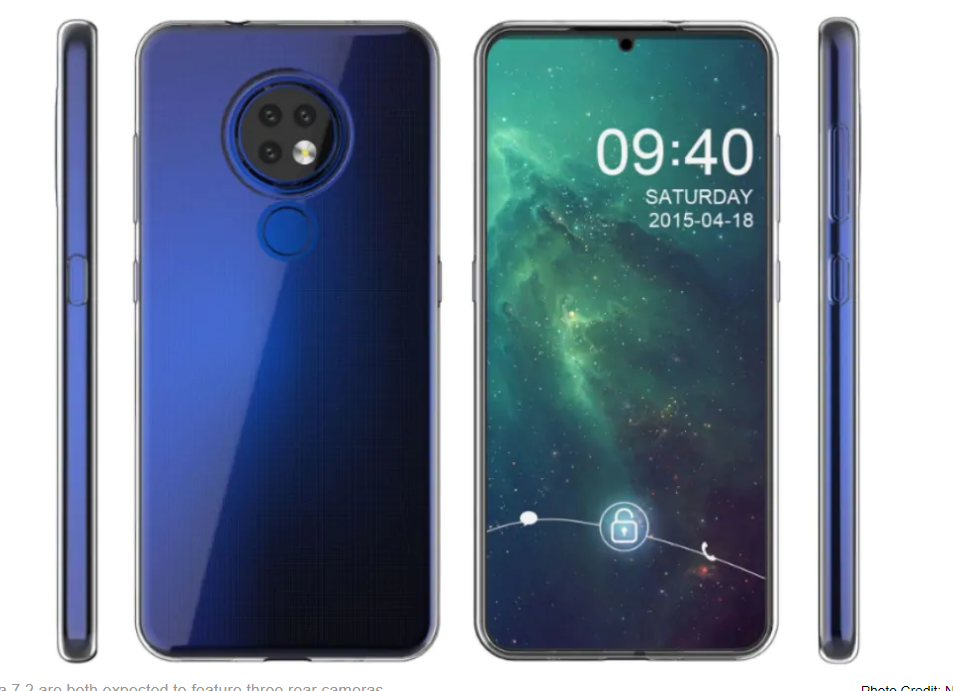 HMD Global has confirmed that it will host a pre-IFA 2019 event on September 5 in Berlin. This is the company’s first IFA presence, and the company is rumoured to launch a couple of phones at the time. A fresh report suggests that HMD Global may launch the Nokia 6.2 and Nokia 7.2 at the event, and even unveil features phones like Nokia 110 (2019) and Nokia 2720 (2019). Of course, all of this is speculation at this point in time, and nothing should be taken for certain.

Coming to the specs of the Nokia 6.2 aka X71, the device is said to feature a 48 MP sensor similar to the Redmi Note 7 Pro (Review) or the Oppo F11 Pro (Review). The camera will have Carl Zeiss branding and be paired with a 120-degree ultra-wide angle lens. The phone has a 6.22-inch AMOLED display with a punch-hole to house the front camera.

Under the hood, the device has a Snapdragon 660 chipset although in India the company could launch a variant with the Snapdragon 700 platform to keep up with the competition. There is also 6 GB of RAM and 128 GB internal storage. It also supports expandable storage up to 256 GB via microSD card slot.

Software-wise the phone will come with Android 9.0 out-of-the-box and will be part of the Android One program. It has a 3.5 mm headphone jack and is backed by a 3,500 mAh battery with support for fast-charging.

HMD Global’s Chief Product Officer Juho Sarvikas took to Twitter to announce the company’s presence at IFA 2019. The company will be hosting an event on September 5 at 4pm local time. He also mentioned that this will be the first time that HMD Global will be present at the technology tradeshow. IFA 2019 is scheduled to be held between September 6 to September 11 this year, and many big tech companies use this platform to announce new products, and demo their upcoming technologies.

Proud to announce that we will be at IFA – our first time ever! See you in Berlin #staytuned #nokiamobile pic.twitter.com/Wx8qhtvHog

Nokia 6.2 and Nokia 7.2 have been leaked on multiple occasions in the past, and were spotted receiving certifications in Indonesia recently, hinting at an imminent launch. There’s a high possibility that these phones launch at the September 5 event in Berlin. NokiaPowerUser also suggests that HMD Global could launch the Nokia 110 (2019) and Nokia 2720 (2019) feature phones alongside as well.

Earlier reports indicate that the Nokia 6.2 could look similar to the Nokia X71 which was launched earlier this year. Nokia 6.2 is expected to ship with a 6-inch full-HD+ AMOLED display with a hole-punch. The smartphone is likely to include a triple rear camera setup (48-megapixel, 8-megapixel, and 5-megapixel). Nokia 6.2 could be powered by Qualcomm’s Snapdragon 660 SoC.

On the other hand, Nokia 7.2 may include a larger 6.18-inch full-HD+ display with a U-shaped display notch. The phone is rumoured to be powered by the Snapdragon 660 SoC. Nokia 7.2 will also feature three rear cameras with a 48-megapixel primary camera sensor.