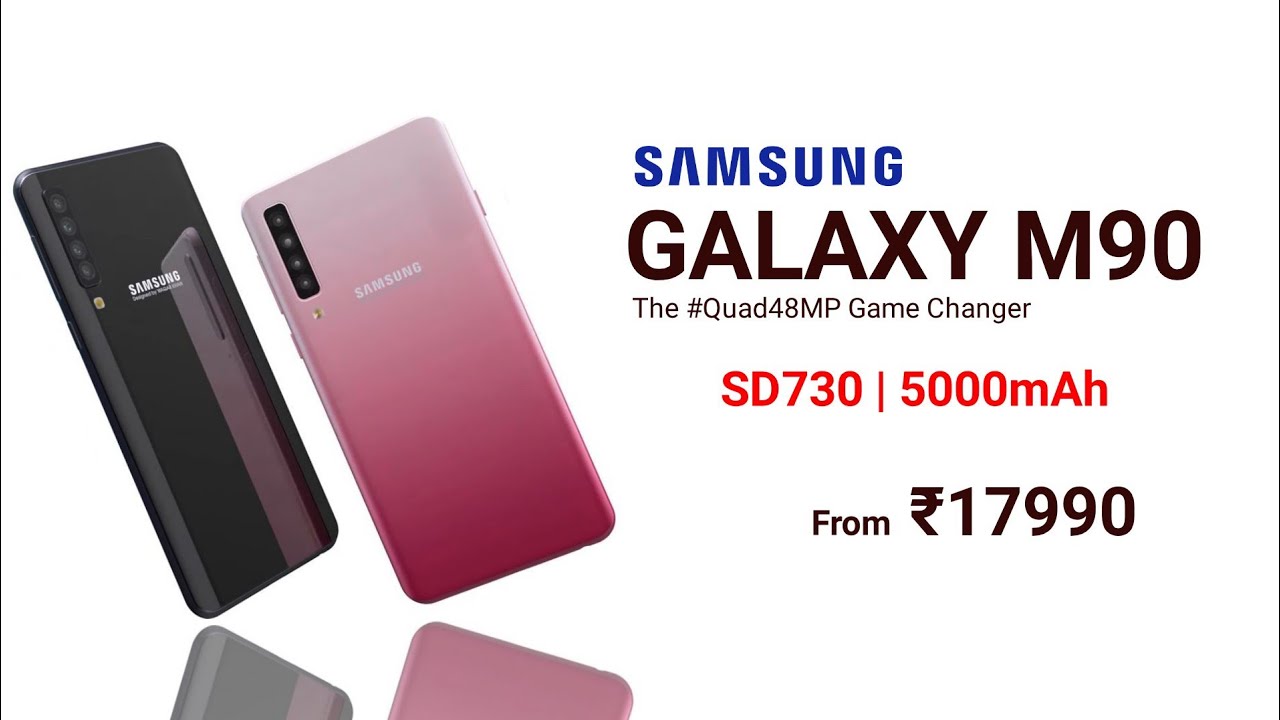 According to tipster Ishan Agarwal, Samsung is working on a Galaxy M90 which will bear an SM-M905F model number. The tipster also confirms that the Galaxy M90 is codenamed R6 internally. At this point, not much is known about this smartphone but is expected to launch in November in India.

In another tweet, Agarwal mentions that the Galaxy M90 is expected to be the same as the upcoming Samsung Galaxy A90 smartphone. This is interesting since the 5G version of the Galaxy A90 has leaked revealing a Qualcomm Snapdragon 855 SoC. Samsung could swap the processor for something more budget-friendly like the Snapdragon 710 SoC or Snapdragon 730 SoC but these are just speculations at the moment.

What has also thus far been leaked about the Galaxy A90 is that the device will sport a 6.7-inch Super AMOLED Infinity-U Display with an dewdrop notch at the top. It is expected to come in 4G and 5G variants that will sport different hardware. It is also said to pack in a 4,400mAh battery.

At this point, we are not sure if Samsung will be jumping from Galaxy M40 to the Galaxy M90 directly or Galaxy M50, Galaxy M60, Galaxy M70 and the Galaxy M80 are also in the works. We might have to wait for more leaks to find out more about the Galaxy M90.

The Galaxy M40, meanwhile, is currently the most expensive smartphone in the lineup. The handset was launched in India a couple of months ago, with Snapdragon 675 SoC ticking at its core, 6.3-inch FHD+ Infinity-O LCD display, triple rear cameras with a 32-megapixel primary sensor, 16-megapixel selfie camera, and 3,500mAh battery. The phone has been priced at Rs 19,990 for the 6GB RAM and 128GB storage configuration.