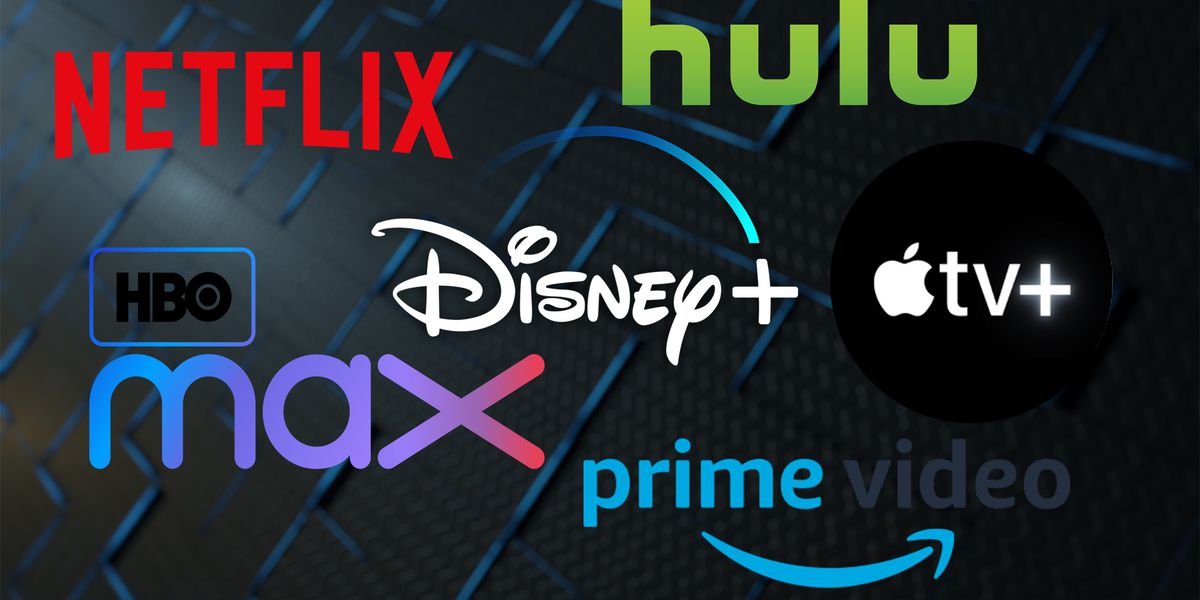 People are inundated with more TV options than ever before and there are still more to come.Warner Media’s HBO Max and NBCUniversal’s Peacock will launch in the coming months, adding to the pile of streaming services audiences are already choosing from. HBO Max will debut at $15 per month in May. Peacock will launch in April for Comcast customers and fully launch in July, and will offer multiple pricing tiers.

The two services have already snatched valuable assets like “Friends” and “The Office” from Netflix for hundreds of millions of dollars, while Netflix beefs up its slate or original content. One such Netflix show is the mega-popular “The Witcher,” which the company said is on track to be its biggest premiere ever.

Amazon Prime Video is navigating its way through the streaming space by doubling down on genre projects like “The Boys,” “The Expanse,” and “Lord of the Rings.” Hulu is benefiting from being under the Disney umbrella with exclusive FX and Marvel projects.

The newcomers Disney Plus and Apple TV Plus, which both launched in November, got off to drastically different starts. The former raked in 10 million sign-ups a day after launching and boasts major assets like “Star Wars” and Marvel. The latter got off to a rocky start with just a handful of shows that received subpar reviews. But it recently struck a deal with former HBO CEO Richard Plepler, who will develop original content for the service.

Each of these services offer something different and it’s up to audiences to decide what they want to pay for. We sorted through the major assets of Netflix, Hulu, Prime Video, HBO, Disney Plus, and Apple TV Plus below.

Netflix has a winner on its hands with the fantasy series, “The Witcher,” based on the novel series by Polish author Andrzej Sapkowski. Netflix said season one, which debuted last month, was its most watched TV premiere ever with 76 million households watching in the first four weeks. Netflix is already developing a “Witcher” anime movie ahead of season two.

Granted, Netflix changed its viewership metrics. Now, it counts a view if an account watches two minutes of a show or movie. But there’s no denying that “The Witcher” is a monster of a hit. It’s the most in-demand TV series in the world, according to data from Parrot Analytics.

The success of “The Witcher” suggests Netflix’s release strategy, in which it drops entire seasons of a show at once, is still sustainable against increased competition, especially since Netflix is a “more revered brand and known quantity in the streaming space,” according to Courtney Williams, the Parrot Analytics head of partnerships.

“Stranger Things” is another major TV asset for Netflix. The streaming giant said that the series, which debuted its third season in 2019, was its most popular TV show of the year. It enjoyed a 21-week streak at the top of Parrot Analytics’ demand rankings in the US, before it was surpassed by Disney Plus’ “The Mandalorian.”

It bought the streaming rights to”Seinfeld” in September for a six-year deal that begins next year. The Los Angeles Times reported that the deal is worth more than $500 million. As hit sitcoms like “Friends” and “The Office” leave Netflix for upcoming competitors HBO Max and Peacock, respectively, “Seinfeld” will be a valuable property.

Netflix’s comedy lineup is essential. It renewed a four-movie deal worth millions with Adam Sandler in 2017. Netflix said his latest movie, “Murder Mystery,” was its most popular movie of 2019.
Netflix struck a multiyear deal last year with former President Barack Obama and former First Lady Michelle Obama and their production company Higher Ground. The first project out of the deal, the documentary “American Factory,” is nominated for best documentary feature at this year’s Oscars.
It has cemented exclusive mega deals with superstar producers like Ryan Murphy, Shonda Rhimes, and the “Game of Thrones” showrunners David Benioff and D.B. Weiss worth hundreds of millions of dollars.

The effects of Disney’s control over Hulu are starting to appear.

In its acquisition of Fox’s movie studio and many of its TV assets last year, Disney acquired the cable network FX. Hulu and FX will collide in an initiative called “FX on Hulu,” in which Hulu will become the exclusive streaming home for FX’s library, which includes “American Horror Story” and “Atlanta.” FX will also develop TV shows that will be exclusive to the service, including the sci-fi series “Devs” from “Ex Machina” director Alex Garland.

Four adult animated Marvel shows are also in the works for Hulu, including “Tigra and Dazzler,” “M.O.D.O.K.,” “Hit-Monkey,” and “Howard the Duck,” which will all culminate in a crossover series called “The Offenders.”

A live-action Marvel series called “Helstrom” is also in the works, though its future was in doubt after Marvel Studios president Kevin Feige was promoted to Marvel’s chief creative officer, in which he’ll oversee the creative direction of Marvel’s movies, shows, and comics. “Helstrom” is the only live-action Marvel series left standing that isn’t a Marvel Cinematic Universe tie-in on Disney Plus.

Hulu renewed its Emmy-winning original series “The Handmaid’s Tale” for a fourth season and it’s developing a sequel series based on author Margaret Atwood’s follow-up novel, “The Testaments.”

Amazon has been beefing up its development of genre TV shows for Prime Video.

Amazon said “The Boys” – a mature series based on the comic of the same name about a group of government operatives who keep abusive superheroes in check – was one of its most-watched shows ever and season two will be released this year.

It renewed the sci-fi series “The Expanse” for a fourth season after Syfy canceled it in 2018. Season four dropped in December and was one of the most in-demand shows in the US at the time, according to Parrot Analytics.

“We kept saying for the first three years ‘this is the best show that no one has seen,'” Shohreh Aghdashloo, who plays Chrisjen Avasarala on the show, told Business Insider last year. “Now we’re going global. We’re being seen. It can’t get any better. The show has finally found its place. Amazon is the place for a show like this.”

But its biggest asset is still to come. Amazon spent $250 million for the rights to “Lord of the Rings” in order to develop a TV series based on the property, according to The Hollywood Reporter.

Amazon has also taken on Netflix by inking big overall TV deals with the likes of “Westworld” creators Jonathan Nolan and Lisa Joy; “Fleabag” creator Phoebe Waller-Bridge; “One Day at a Time” creator Gloria Calderón Kellett; and “Master of None” writer and “The Chi” creator Lena Waithe.

“Game of Thrones” is over, but HBO still has an impressive slate, which can be streamed through its standalone service HBO Now (and on Warner Media’s upcoming Netflix competitor, HBO Max, when that launches in the spring). The premium cable network released shows last year after “Game of Thrones” ended that were critically acclaimed and hits with viewers, such as “Chernobyl,” “Euphoria,” “Succession,” and “Watchmen.”

But that doesn’t mean HBO is giving up on its “Game of Thrones” franchise. It’s developing a prequel series called “House of the Dragon” that will center on House Targaryen and take place hundreds of year before “Game of Thrones.”

HBO will be a huge component to HBO Max, which will include other properties across WarnerMedia’s library such as Warner Bros. and DC, and is set to be $15 per month, the same price as HBO Now. But as HBO – which has always favored quality over quantity- enters a new era of streaming, Warner Media has expressed its plans to ramp up production of HBO programs to better compete.

“It’s not hours a week, and it’s not hours a month,” Warner Media CEO John Stankey said during a town hall in 2018. “We need hours a day. You are competing with devices that sit in people’s hands that capture their attention every 15 minutes. I want more hours of engagement.”

Disney Plus’ “The Mandalorian” was a hit with audiences and Baby Yoda took the internet by storm, suggesting Disney has landed on a recipe for success for its “Star Wars” franchise on the small screen. It’s developing other live-action shows such an Obi-Wan Kenobi series starring Ewan McGregor and a “Rogue One” prequel starring Diego Luna. The final season of the animated series “Star Wars: The Clone Wars” arrives next month.

Marvel Cinematic Universe shows, which will be tied directly to the theatrical movies, are also on the way. “The Falcon and the Winter Soldier,” starring Anthony Mackie and Sebastian Stan, and “WandaVision,” starring Elizabeth Olsen and Paul Bettany, debut later this year.

Disney’s classic animated movies, released from the “Disney vault.”
Pixar movies and original shorts.
National Geographic programming, which Disney acquired in its merger with Fox.
And all 30 seasons of “The Simpsons,”exclusively.

Apple’s streaming platform had a rough start. Its flagship series, “The Morning Show,” was initially torn apart by critics. It only offered a handful of original shows at launch, which received lukewarm reviews, putting it at a major disadvantage against competitors like Netflix and Disney Plus, even for only $5 a month.

Apple won over former HBO CEO Richard Plepler, though, who will develop original content for Apple TV Plus through his RLP & Co.

While he’s not in a leadership role with Apple, Plepler is still a major asset as Apple looks to improve its original programming.

Want to withdraw money from PF account in just 2 minutes? Here’s how you can do this