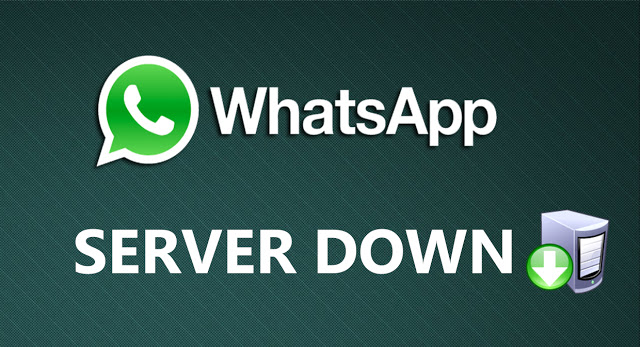 WhatsApp appears to have stopped working from today afternoon, with users unable to send some messages.While text appears to work, photos, videos and voice messages will not send through, according to various reports.Instead, users just see a message reading “download failed” and the content will not arrive.But we don’t get any official reports from whatsapp.

The same error message advises users to ask for the picture to be sent over again. But doing so does not seem to work.Unusually, a preview of the picture does appear to be able to get through. It means that recipients can see a version of the pictures that are being sent but it is fuzzy and the details cannot be seen.

Sometimes, an error message will show confirming that something has gone wrong, though it does not appear to show up every time.

Whatsapp to stop working on some phones from February 1: Check if you need to upgrade soon: click here to know

The wording of the error messages appears to change for different users. But many of them suggest solutions that don’t actually seem to work.

Unlike many other major services, WhatsApp does not maintain a status page to allow people to check whether its systems are online. It does have a Twitter account that was once used to alert people to issues, but it has not been used for five years.

Last time all three of Facebook’s major services broke, the outage lasted for many hours. It later blamed that problem on a server issue that had a knock-on effect on Instagram and WhatsApp, as well as Facebook, since the three use shared infrastructure. So This Problem will solve soon we hope that because every year we facing this same issues..

“As a result of a server configuration change, many people had trouble accessing our apps and services,” Facebook posted on Twitter after that previous outage was fixed. “We’ve now resolved the issues and our systems are recovering. We’re very sorry for the inconvenience and appreciate everyone’s patience.”

When those problems happened in last March, they were said to be perhaps the biggest outage in the history of the internet, hitting millions of people.

Whatsapp to stop working on some phones from February 1: Check if you need to upgrade soon: click here to know

“By duration, this is by far the largest outage we have seen since the launch of Downdetector in 2012,” Tom Sanders, co-founder of Downdetector, told Techcrunch in the wake of that outage. “Our systems processed about 7.5 million problem reports from end users over the course of this incident. Never before have we such a large scale outage.”